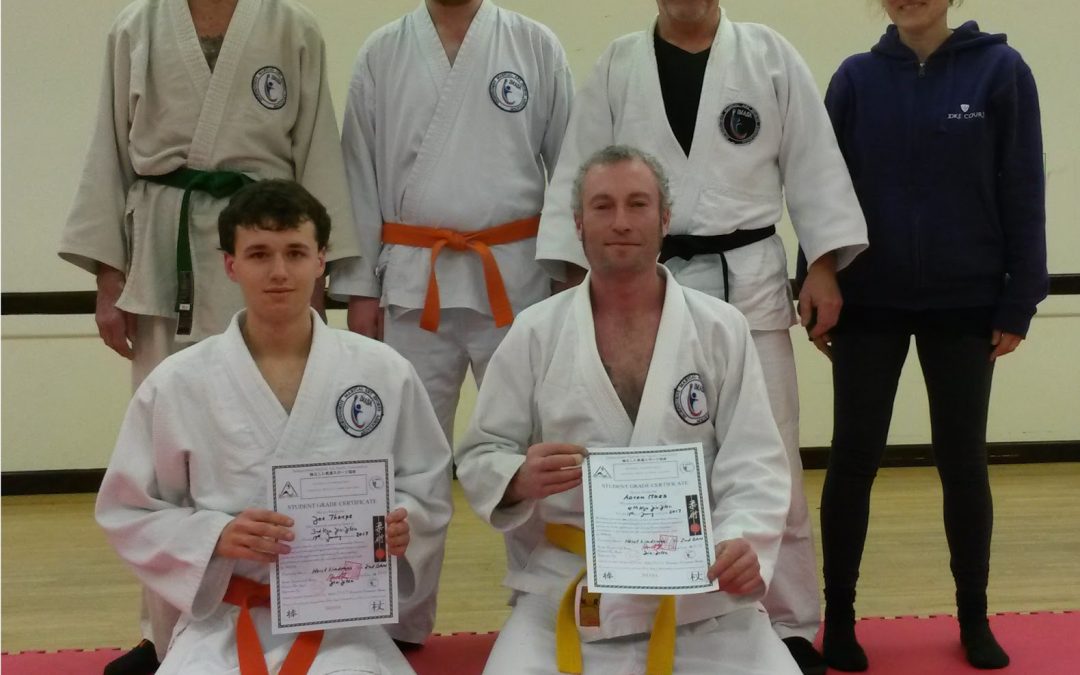 Last Tuesday night the 17th of January was grading night for Joe Thorpe and Aaron Mazs. Master Horst was absolutely impressed with their performance. We had 100s of gradings at Ichinen Bridport martial arts school, but Joe and Aaron were able to top the outcome.

What is most remarkable, Joe (age 16) had Lewis A. Harris as his partner (3rd Kyu Jiu-Jitsu and Krav Maga + Kyokushinkai Karate, both 1st kyu brown belt). The age difference of both of them is 48 years, as Lewis is himself 64 and still fit as a fiddle and combat ready.

3 show use of unnatural weapons

Each one defence against following situations:

Minimum training required for the green belt is 6 months. 2 Martial Art seminars or equal value grading in other systems. Candidate must be able to run a class, including warm up.